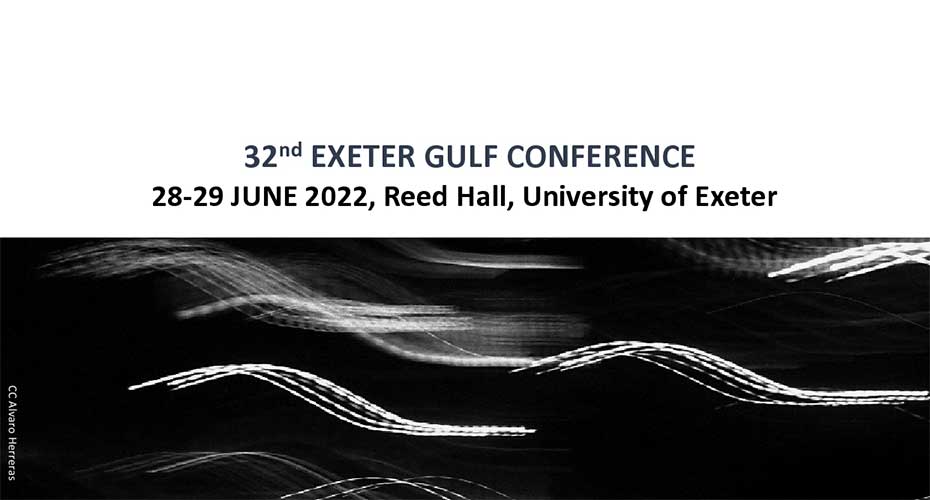 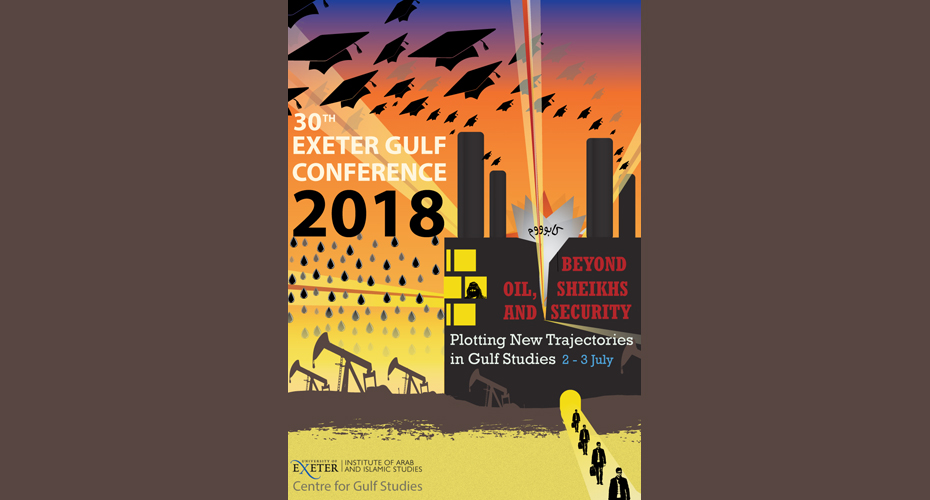 The 30th Gulf Conference took place in Exeter in July 2018

The Centre for Gulf Studies at the University of Exeter is an inter-disciplinary team of researchers in humanities and social sciences interested in all aspects of anthropology, history, economy, politics and society of the Gulf region. The Centre’s collective expertise encompasses the Arabian Peninsula, Iraq, and Iran. It provides an internationally recognised environment for research, hosting a number of PhD students and externally funded projects. In addition, our staff plays an active role in advising on the Gulf political and economic affairs and the preservation of cultural heritage.

Gulf studies at Exeter began in 1978 with the foundation of the Centre for Arab Gulf Studies. In 1999, the Centre was merged with the Department of Arabic and Islamic Studies to form the Institute of Arab and Islamic Studies. The Institute's building, completed in 2001, was donated by the Ruler of Sharjah, Dr Shaikh Sultan bin Muhammad Al-Qasimi, himself a PhD graduate of Exeter.

The Centre for Gulf Studies has been hosting the world's longest-running conference series on the Gulf region and Arabian Peninsula since 1979. The Gulf Collection, which is one of the largest in the world, is housed in the Arab World Documentation Unit (AWDU), located in the Research Commons Old Library, a five minute walk from the Institute.