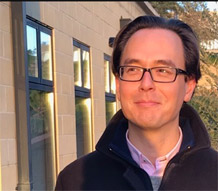 My research centres on the development of Islamic law, legal movements and institutions from the 8th through the 10th centuries A.D. I am especially interested in the tensions between conservatism, rationalism, and textualism in law; the socio-intellectual currents in which those tendencies were manifest; and the processes which led in that period to a compromise which came to be expressed in the forms of the classical legal schools. Although I rely heavily in my work on textual sources that are self-consciously engaged in the propagation of ideas, I do not consider myself to be an historian of ideas in the narrower sense: the struggle between the rival parties – over whether priority was to be accorded to local convention and practice (conservatism), to systematic coherence (rationalism), or to scriptuary sources (textualism) in justification of the law – was shaped as much by social and political forces as by the personal piety and intellectual abstraction to which the legal literature more conspicuously attests. Islamic juristic texts, though they constitute a kind of evidence that is very rich in intellectual nuance, are often deficient (and unreliable in interesting ways) as witnesses to the societal impulses behind the ideas they are concerned to promote and have limited purchase on history more broadly. Produced in the main by and for scholarly élites whose religious authority translated only exceptionally into administrative power, they impose epistemological constraints in relation to history from above as well as from below. To compensate for such limitations, I have tended in my research to favour questions that can be addressed by appeal to historiographical and other evidence in combination with the juristic: the ambition is to furnish ‘thicker’ accounts – whether of the law itself or of the men and institutions behind it – than can be deduced from the latter alone. I draw especially on biography and prosopography, both as sources from which potentially to recover the past ‘wie es eigentlich gewesen ist’ and as literary instruments for the construction and performance of historical memory, legal authority, and group identity.

My doctoral thesis, ‘The Development of Systematic Thought in Early Mālikī Jurisprudence, 8th-9th Centuries A.D.’ (University of Oxford, 2014), traced the formation of a system of law in the scholarly tradition that coalesced around devotion to the legal opinions of Mālik b. Anas (d. 796). A revised and extended version, now also treating developments in the 10th century, is forthcoming as a monograph. Charting the process by which it came to acquire the systematic complexion of its classical form, it shows how Mālikism, originally a conservative movement that idealized the milieu of its eponym, yielded as it spread west (from Medina to Egypt and thence to the Maghrib and Andalusia) to both textualist and rationalist influences, assimilating, on the one hand, scriptuary sources and, on the other, modes of reasoning by which these and other elements of the emergent system – the pronouncements of Mālik, those of his prestigious early adherents, and new legal rules – could be brought into mutual coherence.

Before coming to Exeter in 2017, I held a postdoctoral fellowship at the University of Tokyo where, as part of a wider collaborative project on the theme of continuity and change in the Shāfiʿī legal tradition (780-1270), my research focussed on the transition from the Old (al-qadīm) to the New Doctrine (al-jadīd) of Muḥammad b. Idrīs al-Shāfiʿī (d. 820). On the basis of its results, I am preparing a series of studies for publication as journal articles that aim to contribute to the long-standing debate concerning the relation of legal theory to rule-making in Islamic law by assessing the extent to which variation in al-Shāfiʿī’s doctrine over time at the level of positive law reflects responses, on the one hand, to the emergence of new theoretical imperatives and legal sources, and, on the other hand, to extra-legal pressures – social, political, and economic developments – whose effect on the law scholars in recent decades have often neglected, or sometimes minimized for dogmatic reasons.

Here at Exeter, where I am a research fellow for an ERC-funded project ‘Law, Authority, and Learning in Imami Shiʿite Islam’ (LAWALISI), I work at the historical intersection of the Sunni and Shīʿite legal traditions. My research represents a response to a particular postulate concerning the origins of Shīʿite law which locates a legal koine for the respective traditions in mid-8th-century Kufa. Positing that this was the context in which the Shīʿah, at first distinguished from their Sunni co-religionists along mainly political and theological lines, most likely began to develop a distinct identity also in respect of law, it examines the relation between Twelver positive law as expressed in the dicta ascribed to the Imams in Twelver collections of the late 9th and 10th centuries and the strains of 8th-century legal thought that might have nourished or given rise to it. Drawing for the latter on evidence external to the Twelver tradition – juristic and prosopographical works from the 8th and early 9th centuries that are typically conceived as attesting proto-Sunnism and remain largely unexplored as sources for the history of early Imāmism – this comparative approach seeks to circumvent a certain evidentiary problem in the study of early Twelver law, namely, the chronological gap between the floruits of its main putative sources, the Imams Muḥammad al-Bāqir (d. ca. 733) and Jaʿfar al-Ṣādiq (d. 765), and the compilation from the late 9th century onwards of traditionally authoritative works that purport to record their dicta.