A common archive for 1948 Palestine 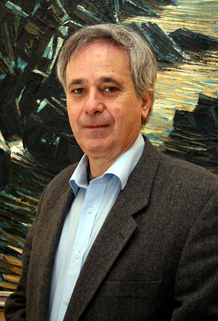 Professor of History, Director of the European Centre for Palestine Studies.

Professor Pappé obtained his BA degree from the Hebrew University in Jerusalem in 1979 and the D. Phil from the University of Oxford in 1984.
He founded and directed the Academic Institute for Peace in Givat Haviva, Israel between 1992 to 2000 and was the Chair of the Emil Tuma Institute for Palestine Studies in Haifa between 2000 and 2006.
Professor Pappé was a senior lecturer in the department of Middle Eastern History and the Department of Political Science in Haifa University, Israel between 1984 and 2006.
He was appointed as chair in the department of History in the Cornwall Campus, 2007-2009 and became a fellow of the IAIS in 2010.
His research focuses on the modern Middle East and in particular the history of Israel and Palestine. He has also written on multiculturalism, Critical Discourse Analysis and on Power and Knowledge in general.