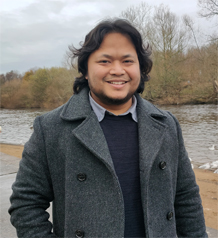 Dr Irwan Saidin gained his PhD in Middle East Politics from the Institute of Arab and Islamic Studies, The University of Exeter in 2018. He obtained his MSc in Global Politics from Southampton University and BSc in Political Science from The National University of Malaysia. His research focuses on contemporary Muslim affairs and political Islam, particularly in Southeast Asia and the Middle East. He is the author of the book, ‘The Arab Uprisings and Malaysia’s Islamist Movements: Influence, Impact and Lessons’ (Routledge, Taylor and Francis 2020), which is the first in-depth analysis of the Arab Uprisings’ implications from the perspective of Islamist movements in Malaysia and Tunisia. His current project focuses on the human security issues of Syrian refugees in Turkey and Jordan from the perspectives of Asian Humanitarian NGOs. Dr Saidin is currently a senior lecturer in Political Science programme at the Centre for Research in History, Politics and International Affairs, The National University of Malaysia. He is also a visiting research fellow in the School of Government and International Affairs, Durham University and the editorial board of the International Journal of History and Culture Studies (Hatay Mustafa Kemal University, Rep of Turkey) which was launched in 2019